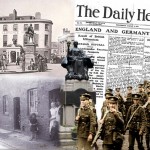 Like everywhere in Britain, Tuesday 4th August 1914 in Bridgwater was a day of excitement and anticipation as the Nation waited to see if the German Army of Kaiser Wilhelm would obey the British Government’s ultimatum to withdraw from Belgium by 11pm. In fact, this war, which had been a long time coming and pretty […] 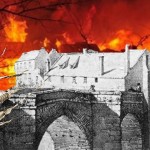 On Tuesday 22nd July 1645 Bridgwater was in flames after an 11 day siege, surrounded by Oliver Cromwell’s New Model Army and under constant bombardment from Parliamentary cannons positioned on Hamp Hill. The townswomen had been allowed to leave the town ,the Roundhead army prepared to storm the castle and Bridgwater was on the verge […] 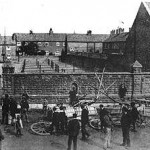 Bridgwater is a town with a radical and interesting history. The Battle of Sedgemoor, the petition against the Slave trade, the Siege during the civil war have all gone down in history. But on this day – July 2nd – in 1896 the town was literally a riot. During the 19th century the chief industry […]