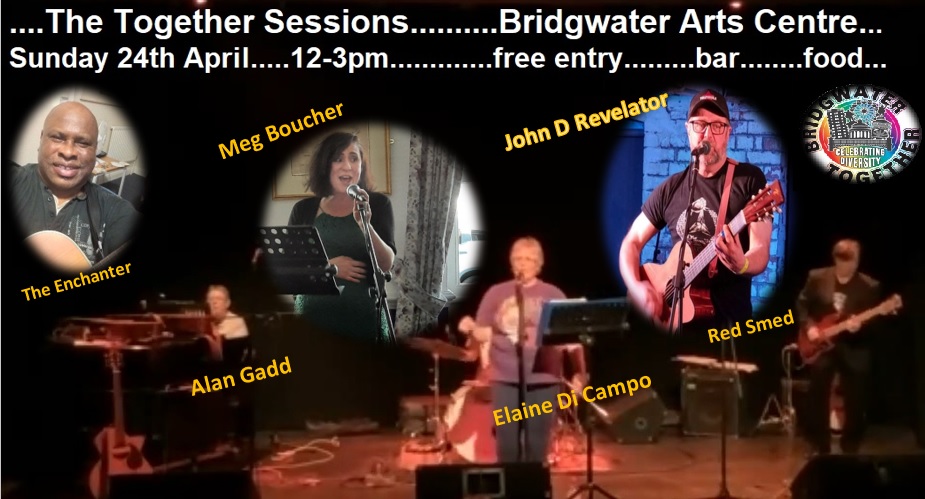 March 2022 was the launch of the new independent Sunday Market in Bridgwater from 10am to 3pm and the next in the series will be Sunday 24th April. At the same time the new ‘Together Sessions’ are scheduled to complement the day with live music, food and an open bar at Bridgwater Arts Centre in the town’s historic Castle Street. This month the performers will include John D Revelator, fresh from his starring role on the international Clash Day broadcast from the centre of Bridgwater in February of this year, also The Enchanter, with his blend of reggae, pop ballad and self composed heartfelt hits, WestCan choir leader Meg Boucher and Elaine Di Campo with her backing band Alan Gadd and Red Smed.  The event will start at 12 noon and people can come and go, have a drink, grab some food and look around the Art Centre. The event has been organised by Bridgwater Together.