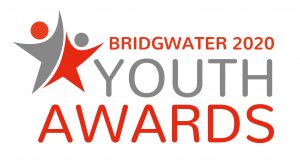 Bridgwater Town Council will once again be sponsoring the ‘Bridgwater Youth Awards’ which will pay tribute to and recognise the work and achievements of young people in our community for the period 2019 to 2020. The awards will be presented by Town Mayor Cllr Tony Heywood at a gala event scheduled for Friday 24th April which will be organised by the members of the Bridgwater Youth Council, which consists of delegates from all 5 schools in Bridgwater within the age range 11-19.

Town Council Youth Portfolio Holder Cllr Julie Cordiner said “Nominations are now open and anyone can nominate a young person from the Bridgwater area for one of the awards by simply writing to the Town Council with their own name, the name of the person they are nominating and writing a short paragraph about what they have done to deserve the award. So if you have a nomination for a youth related award for 2020 please submit it in writing, by hand, by post or by email to YOUTH AWARDS 2020, Bridgwater Town Hall, High Street, Bridgwater TA63AS or email office@bridgwater-tc.gov.uk. The deadline for nominations is 27th March 2020.”

The Youth Awards were the idea of former Mayor Cllr Diogo Rodrigues who held the original event in 2019 at the Town Hall. Awards that year went to Millie Selway, who was nominated by her sister Tamsin Selway for the support she gives her mum who has been diagnosed with brain cancer, and to Ellie Meek, who was diagnosed with Aspergers at the age of five and presented the award for the way she has come out of her shell since performing with the Westcan Show Choir, with which she performed a solo on the night.

Other awards went to Keron Day, 15, who was nominated by her mum for putting her first aid skills to good use, helping an elderly lady who had broken her arm and helped as a carer, as well as working with St Johns Ambulance. Another went to Uwyn Llewelyn whose  act of kindness to a homeless man  inspired his mum Kelly to set up The Gift of Giving -Homeless Shoebox Appeal. Yet a further award went to April Stockham, age 10 who braved the shave for charity, and raised more than £1,000 for cancer research for her efforts. Others went to Eva Miller for the same, Libby Budden, nominated by her mum Katrina for her bravery and positive outlook while living with a rare genetic condition which causes to tumours to grow and means she is constantly in and out of hospital.  Then there was young Finley Larcombe for his outstanding bravery in the face of being diagnosed with leukaemia just 13 weeks before the event. Also, Samuel Hughes, who was bullied so badly at school he was once left with a bleed on the brain, yet overcame the bullies, thrived in school and went on to hold down a job.

Mayor Diogo  was particularly moved by the story of award winner Fabian Golas, a teenager who was born as a girl but who came out in class one day as a boy and thereafter embraced a male identity.  Diogo said at the time “It is impressive to see someone so young being true to himself”.

For our report on last years awards click here.

How to Make a Nomination

If you have a nomination for a youth related award for 2020 please submit it in writing, by hand, by post or by email to YOUTH AWARDS 2020, Bridgwater Town Hall, High Street, Bridgwater TA63AS or email office@bridgwater-tc.gov.uk. The deadline is 27th March 2020.

!!!!Don’t forget to include contact details for both person being nominated as well as your own.

The only criteria is that the young person must be aged 11-19 and from the Bridgwater area. However, if people wish to nominate outside this age range, for instance for adults who work in the field of youth, they are welcome to.

The Youth Council will meet on March 27th to consider the nominations.