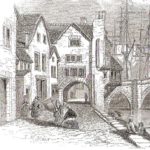 Of all the great Bridgwater firsts, the most inspiring, morally uplifting and mildly unexpected, was the claim to be the first town to petition against the evil transatlantic slave trade, referred to by some as the ‘Black Holocaust’ whereby some 12 million Africans were forcibly removed from their homes and compelled to work as slaves […] 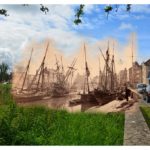 Bridgwater people have always been proud of their town’s history whether it’s the first town to petition against the slave trade or the last battle on English soil. For the second year running the Bridgwater Arts Centre will be playing host to a day brimming with Bridgwater history. History Day has been sponsored by Bridgwater […] 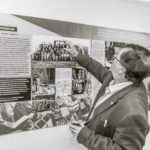 New York, London, Paris , Munich everybody’s talking about….well, Bridgwater it seems. And that was certainly the case on 12th September  1947 when everybody who was anybody in the International world of Architecture came to the Somerset town to plan a high rise future for a post war population…..so how on earth did that happen…..? […] 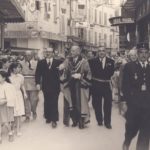 Twinning, as a concept, originated after the First World War, as an idea to bring peoples closer together. That didn’t work. After the subsequent  carnage of World War Two it gained an additional impetus. And nowhere more so than in France;-occupied, divided and devastated by German Nazis, home grown collaborators and fought over by armies […] 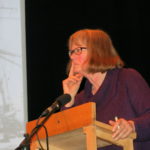 Bridgwater History Day, held at the Arts Centre on Saturday 12th November, and sponsored by Bridgwater Town Council left no-one in any doubt that we are rich in history, local historians and local people who are proud of their heritage and want to work to retain and maintain it. People Joyce Hurford, of Blake Museum […]